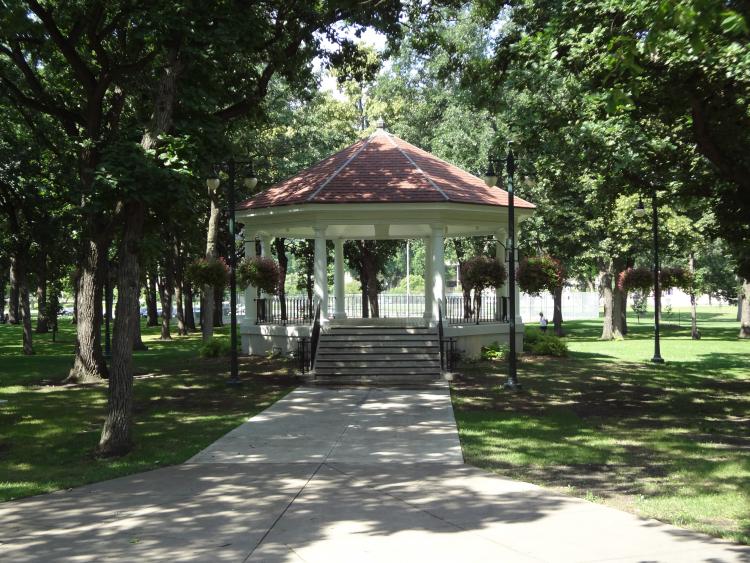 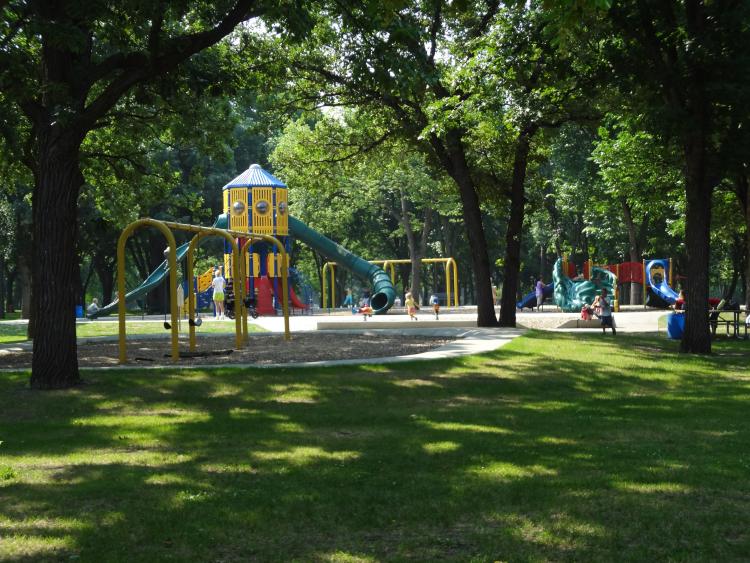 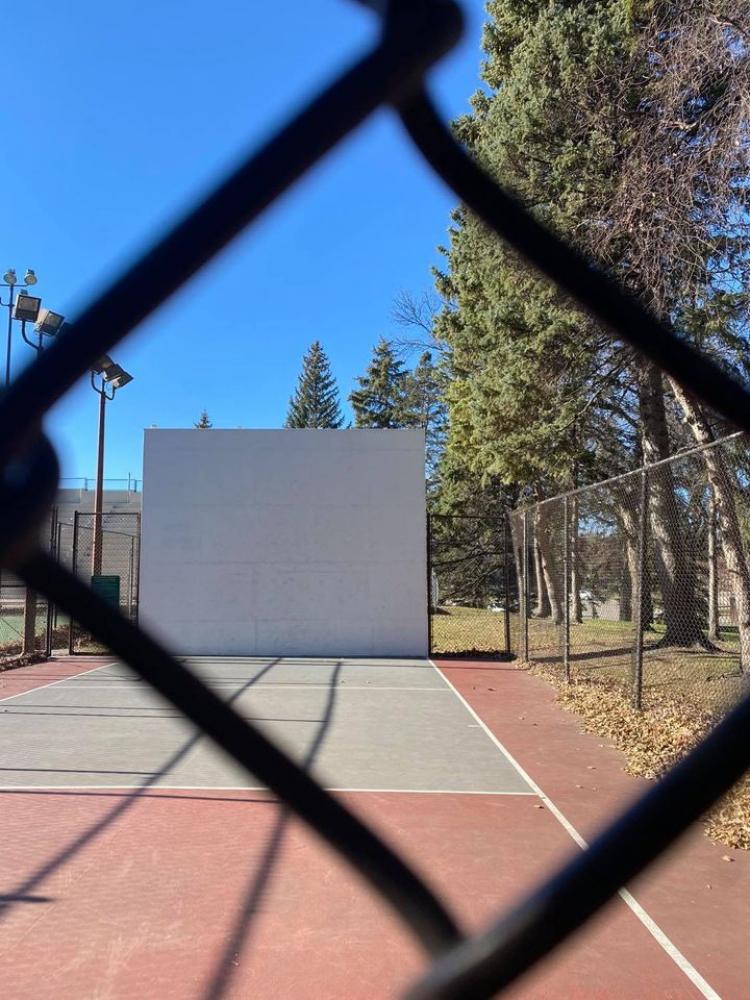 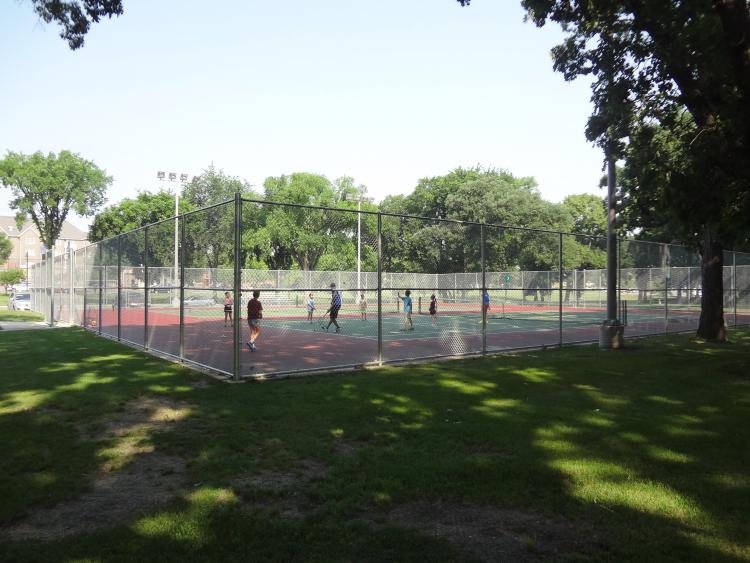 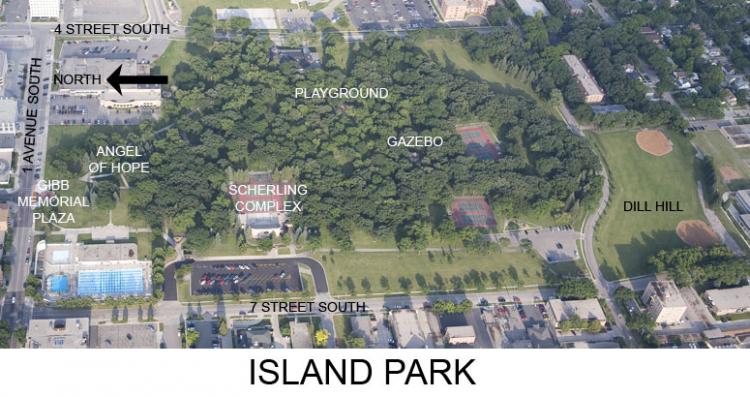 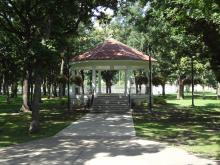 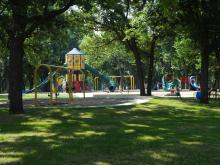 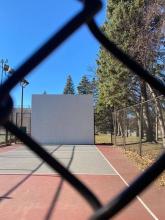 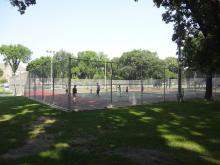 Island Park was part of the original townsite of Fargo plotted out by the Northern Pacific Railroad. Jacob Lowell, Jr. and J.B. Power interceded with the railroad and the area that is now Island Park was deeded to the city for a park.

To the right, one can see the statue of Henrik Wergeland (1808-1845), which stands in Island Park. Wergeland was Norway's national poet and a symbol of Norway's independence. Wergeland's literary works were used to lead his country toward independence from Sweden in 1905. He was a reformer of politics, religion, agriculture and prisons, and he has been called "the Abraham Lincoln of Norway." He is largely credited with making May 17 the day Norwegians celebrate their independence.

The statue of Wergeland was unveiled in Island Park on Wednesday, June 17, 1908, as more than 3,500 people watched. The Fargo Forum reported that area businesses closed early so employees could attend. The statue was dedicated in its current location, marking what would have been Wergeland's 100th birthday. An identical bronze statue was unveiled in Oslo, Norway the same day.

The sculptor of the Wergeland statue was Gustav Vigeland, one of Europe's most well-known sculptors. Evidence shows he was working on the Wergeland piece as far back as 1897, at least nine years prior to being hired for the project.

The Gazebo is available for rentals between 10:00 am-9:00 pm. Wedding reservations are accepted at this site. The Gazebo accommodates 30 people and space around the gazebo can be used to accommodate more. Includes electricity and nearby restrooms.

Interested in renting the Gazebo? See the reservation page.

Requests can be made starting the first business day of the year. Rentals are for May 1-October 1. Rentals must be made at least 3 business days in advance. The Park District has a NO REFUND policy.

Please go to rentals and login to view pricing and reserve your shelter online. Fees are subject to change. Additional fees may apply.

No alcohol allowed at this site.

Learn more about trees in our area.