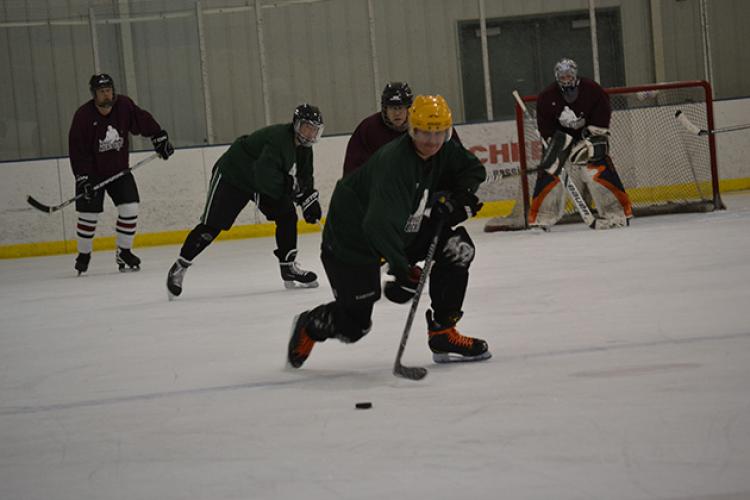 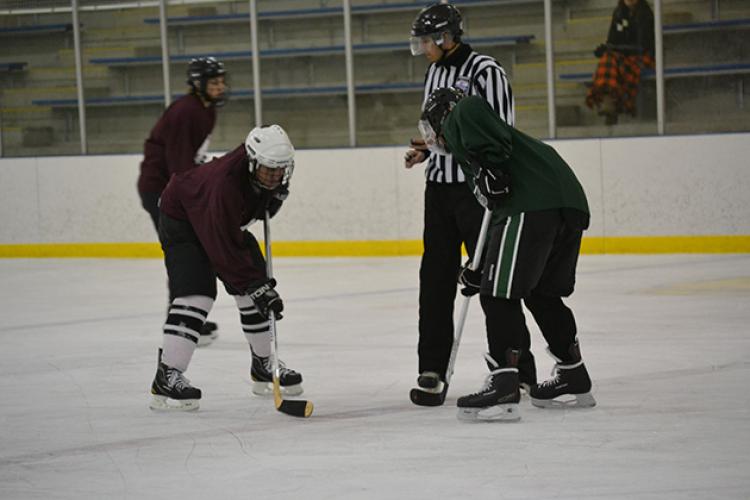 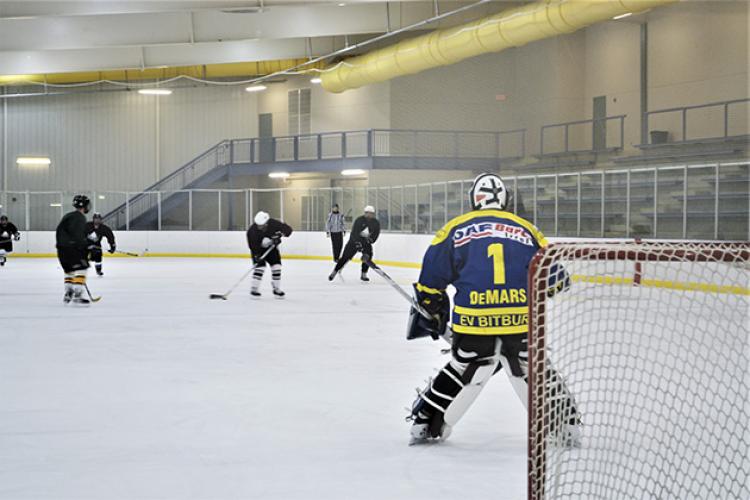 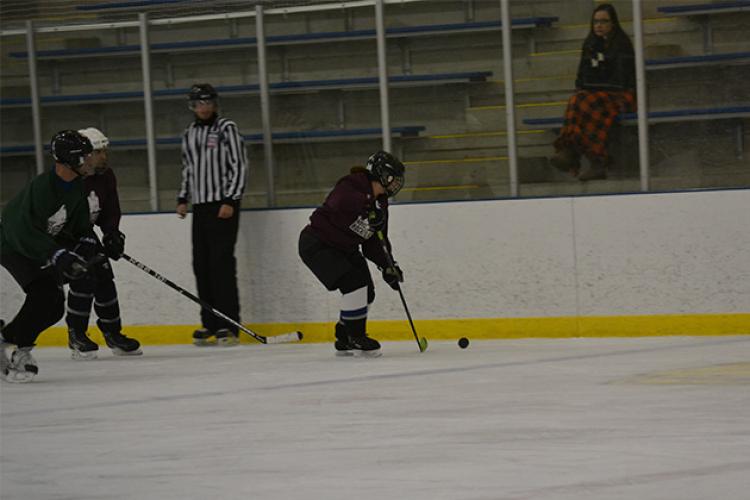 The Fargo Park District recreational leagues do not allow checking or slap shots. Fighting will not be tolerated. USA Hockey rules are used for all divisions. All games are approximately one hour. Players are only allowed to play in one league. Teams will play approximately 13 games.

Hockey league for beginners or those with limited experience (ages 18 and older). This is a non-competitive league with no slap shots and no checking. League starts with two weeks of practice and then forms into equal teams for league play. Those with experience at or beyond high school are asked not to participate in this league. Games are played with one hour running time on Wednesday evenings. All first time participants will receive a league jersey. Required equipment includes gloves, stick, skates and a helmet.

This league did not have enough participants for the 2022-2023 season.   Drop In Hockey will take place for Novice/Lower players to play.

Captains must distribute and explain all Fargo Park District Adult Hockey League Rules to all team members, and must ensure all players on their team have read and signed the team roster/waiver form before the team’s first scheduled game. Captains also much communicate to their teams that no player is allowed on the ice or in the player bench area until the zamboni is finished resurfacing and the doors are closed.

All players on a given roster must meet the required age of 18 by the first game of the season for the league. A player may not be on two rosters in the same league, and is not allowed to play in both the Novice League and the No Check League. Players must have read and signed their team roster/waiver form before playing.

We recommend that players do not bring any valuables into the arenas, because the Fargo Park District is NOT responsible for any lost or stolen items. Keys are available at the office of each arena to lock your locker room during games.

No smoking or alcohol is allowed in any Fargo Park District buildings at any time. Any player who skates under the influence of or is in possession of drugs or alcohol be ejected immediately and face supplementary discipline, which may include indefinite suspension. For safety sake, players are urged to make an official, scorekeeper, or arena staff member aware of these situations. Possession of alcohol in a Fargo Park District facility is punishable by law.

3.   In the event of a forfeit, teams are given the remaining ice time, but do not have referees or a scorekeeper.

The Fargo Park District Adult Hockey Leagues are no check. These leagues also do not allow slap shots from above the knee.

The suspensions listed below are accompanied by a game ejection.

A game misconducts are issued concurrently with any major penalty.

Drop-in hockey is for novice/lower level players. This is a non-competitive league with no slap shots and no checking. Teams will be divided with the players that are on the ice. If the score gets out of hand or players leave, then teams will be re-divided. Required equipment includes gloves, stick, skates and helmet.