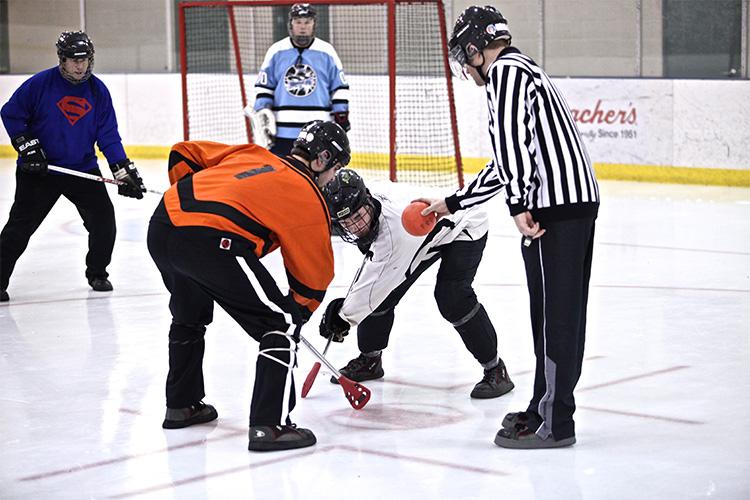 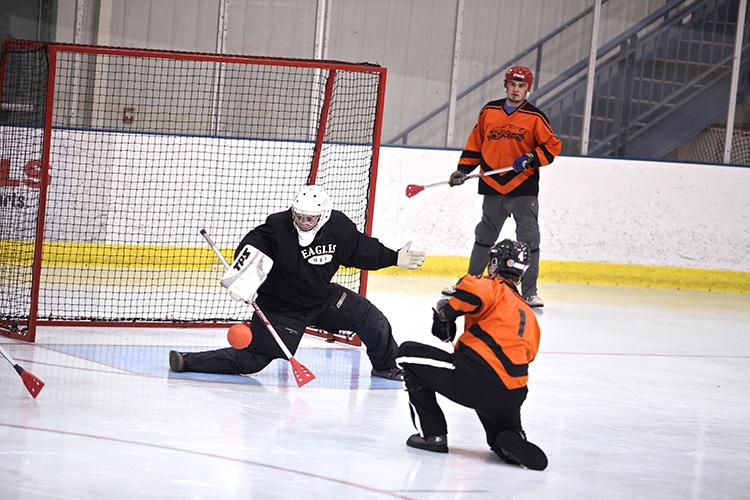 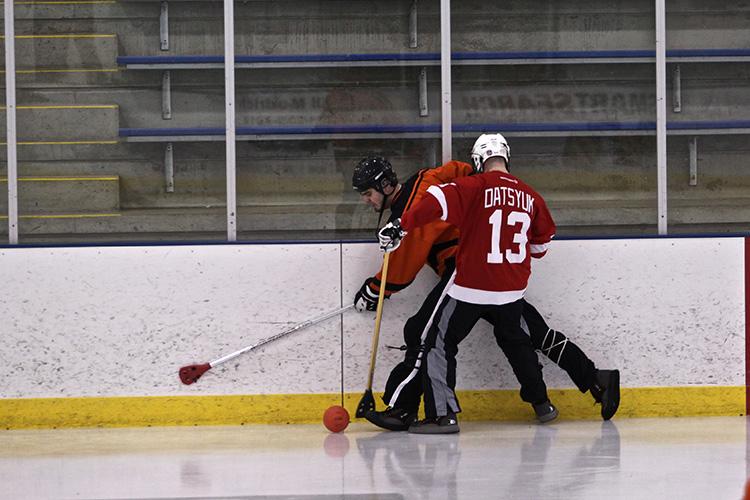 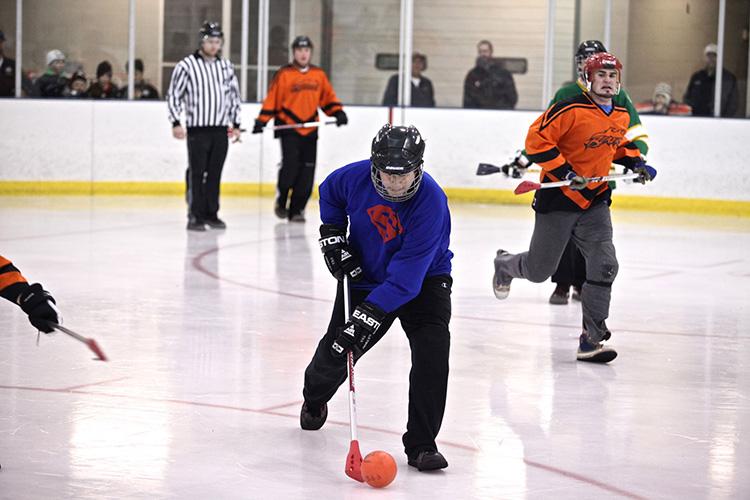 Similar to hockey, broomball is a fast-paced sport that's a hybrid of roller hockey and floor ball. It's a perfect indoor activity to participate in during the bleak winter months.

Men's broomball has a 12-game season, plus tournament participation. Leagues are for ages 16 and older. We offer a Men's Upper and Lower divisions.

Coed Broomball has a 6-game season, plus tournament participation. The league is for men and women ages 16 and older.

Helmets are mandatory for all players. Players aren't able to play without one. Goalies must have face protection. Broomball shoes and mouth guards are a suggestion but not mandatory.

Here are 14 other rules that apply to the Fargo Park District's broomball leagues:

1. All rosters must be completed and turned in before your first league game. All players are required to have some sort of identification with them to verify what league and team they are playing with during the season. Each player is only allowed to participate on one roster per season!

3. A team must have four players to play.

4. Goalies may not play the ball beyond the red line. They may also not come back on the ice until after play has been stopped.

6. A face-off takes place in the nearest face-off spot if one of the following occurs during play:

7. Icing is in effect at all times.

Note: A team on a penalty kill can ice the ball; icing shall be nullified and play will continue.

8. The duration of each half are 18-minutes with stopping time. If a team leads by four or more goals in the second half, running time shall be instituted.

9. If you are ejected for verbal abuse and/or fighting in men’s league, you'll be suspended for four games. You will not be able to play in any other leagues until you serve your four game suspension. If you receive two ejections in a season, you'll receive an automatic suspension for the rest of the season. If you get ejected during the last week of the season, the League Supervisor and League Coordinator will handled the suspension of that player(s) accordingly.

10. If you throw equipment (sticks, helmets or etc.) into the player’s box, during the game, in an attempt to demeanor the game, you'll receive a five minute major penalty. Here are the reference of penalties:

If any player receives three penalties in one game that player will receive a game misconduct and be ejected from the remainder of that game.

11. If you do not have the minimum number of players that is required to play in that league it will be a forfeit. Referees will not officiate games that become forfeits.

12. In the case of a tie in league play, to determine the league champion in each division, we'll look at:

13. In the discretion of the official, if a player is caught using any type of profanity, harassment of players or attempting to incite another player during the game, that player will receive a 10 minute misconduct penalty.

14. Overtime is a 5 minute sudden death period with stopped time. If the game is tied after the first overtime, the game ends in a tie.

Please make sure to bring your own equipment. We provide broomballs to play with.